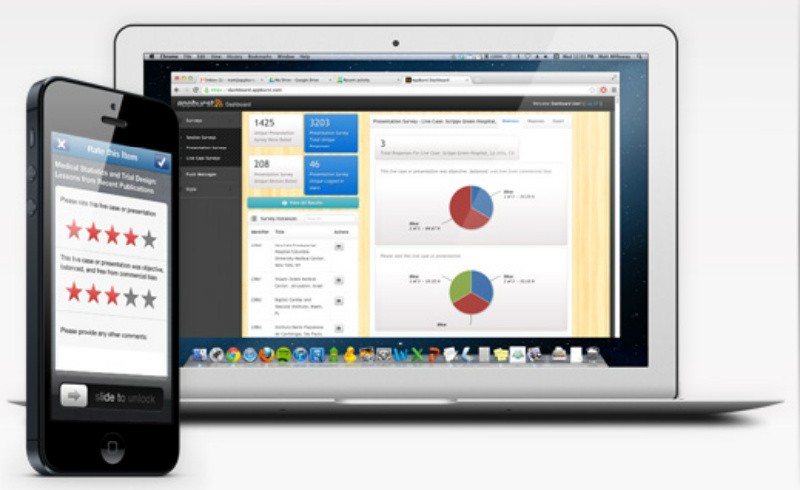 Apple will eat the credit card industry one bite at a time in the same way that they ate the music industry. With yesterday’s payment announcement they took the first bite.

Apple customers have shown that they outspend Android users by a wide margin. According to IBM, Apple users outspent Android by 5x last christmas. Sales and transaction sizes on iOS e-commerce products are significantly higher than Android apps. Apple customers have shown themselves to be highly desirable to merchants. Payments have been a point of frustration for many merchants, and the idea that Apple can bring simplicity and security is a glimmer of hope.

The Apple Pay ecosystem will cover two core areas of converging interest: payments in brick and mortar stores, and in-app payments for goods and services.

The exciting thing about Apple Pay is that it’s an integrated solution. Customers will scan their existing credit cards and bank cards and the Apple Pay technology will import their information from partnering financial institutions. Initial launch partners will include American Express, Bank of America, Citi, Capital One, Chase, Wells Fargo and many others. Apple claims the participating institutions will cover over 83% of the issued cards in the United States.

The technology will use the NFC chips in the upcoming iPhone 6 and Apple Watch products.

What can we expect over the next six months?

Additional merchants and financial institutions will be brought into the platform in large numbers. Every financial institution will come on board. Similar to the original iPhone, which was initially available only on AT&T, it took years to get support from every carrier, but the benefit was too great for them to ignore.

The payments industry will quickly standardize on NFC. Google has already been pushing NFC technology. Now that Apple has put their weight behind NFC, solutions that are optical will be less appealing. In particular, camera-based solutions, such as Square and LevelUp, will become less common because NFC solutions don’t require you to open a specific app to operate.

Merchant systems that offer NFC solutions in addition to chip & pin combinations will be deployed through 2015. This will be further accelerated by Apple’s Watch product, which will enable existing iPhone 5 and 5s customers to take advantage of the technology.

Customers will interact less with physical cards when they can use Apple Pay with fingerprint biometrics. This trend will result in fewer cases of credit card fraud for retail point of sale, because the customer’s card is hidden from prying eyes. In addition, card-not-present merchants will likely get a better in-app transaction rate for using Apple Pay. Decreased fraud will put further downward pressure on merchant and interchange fees. Apple controls the app approval process and could require that future e-commerce apps support Apple Pay to further increase volume and lower transaction fees.

Google Wallet has had many of the right pieces in place, but they haven’t been able to make a dent in the market. The Apple Pay announcement will kick them into high gear. Google similarly has both phone and watch products, but it may take 6–12 months for them to enable similar end-to-end customer experiences.

Payment processors will be quick to add support. Stripe has already announced support and others will do so as well.

For Apple this is just the beginning. Make no mistake that Apple enjoys controlling the full experience. This is their first move but it won’t be their last. Apple retail stores offer a proving ground for payment technology and you can expect them to make it increasingly easy to separate you from your money in exchange for a shiny new product.