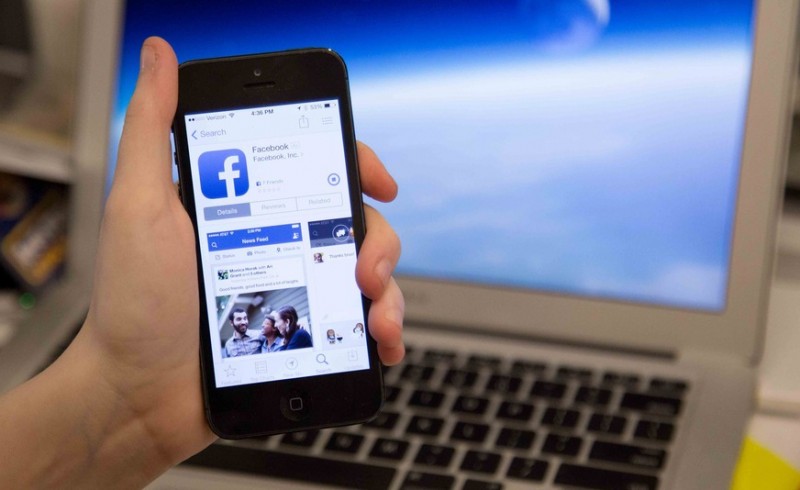 Facebook announced a new version of its iOS app on Wednesday to correspond with the launch of iOS 7. The new version of the Facebook app, which will be available in the App Store later on Wednesday, has been completely redesigned to fit within the new operating system, says Michael Sharon, Facebook’s product manager for iOS.

The most noticeable design change is that the app’s main navigation bar has been moved to the bottom of the screen, replacing the old navigation bar at the top of screen. The new design also eliminates the tool bar that slid out from the left-hand side of the app in the old version.

The new navigation bar across the bottom of the screen features tabs for News Feed, Friend Requests, Notifications, Messages, and a “More” tab that serves a similar purpose to the old left-hand tool bar. Sharon refers to the “More” tab as a “bonus tab,” allowing users to open up other areas of Facebook like Events or Photos without losing their place in other tabs. For example, a user could begin to comment on an item from his or her News Feed, then check her Events without losing her half-finished comment. In the old version, leaving the comment to check another area of the app would have resulted in the comment disappearing.

Users can also swipe across the new navigation bar to move from one tab to another, says Sharon.

The new iOS 7 Facebook app also has new aesthetic features to go along with the operating system’s new functionality, says Sharon. The app’s search and navigation bar across the top is translucent, and icons like the “paperclip” (used to denote an attachment) and the lettering in messages have been visually updated to “make the app feel at home” within iOS 7, says Sharon.

Facebook has been testing different versions of the navigation bar since March, and at any given time over the past six months there have been 1 to 2 million users unknowingly utilizing versions of the redesigned navigation bar, says Sharon. Through feedback from users, Facebook made changes to the tab in preparation for Wednesday’s launch, including removing Timeline as a widget. At one point, Facebook took the an early version of the navigation bar away from its test users only to receive negative app reviews and feedback from people asking for it back, says Sharon.

The new iOS app is also available to users with iOS 5 or iOS 6, says Sharon, although there are small stylistic differences between the versions, including the color of the navigation bar. Facebook’s new iOS app is available for mobile phones only — iPad users will still see the old design. Facebook has no plans to bring the new design to iPad, says Sharon, who added that the old design is a better fit for how users navigate Facebook on tablets.

What do you think of Facebook’s new iOS redesign? Tell us in the comments below.